Winner of the Global Game Jam 2020 in Amsterdam 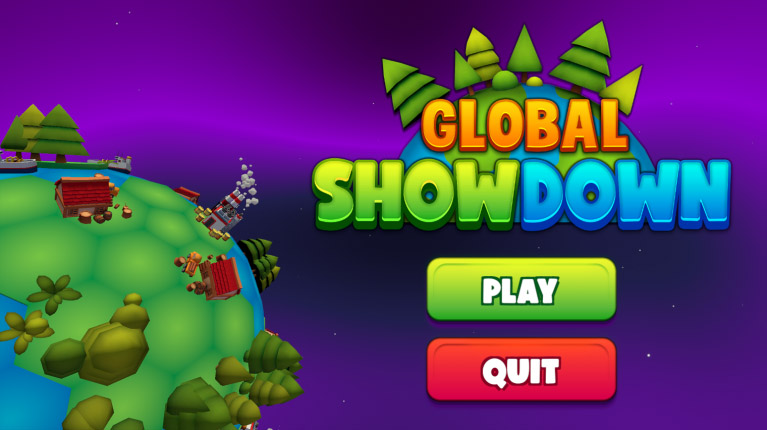 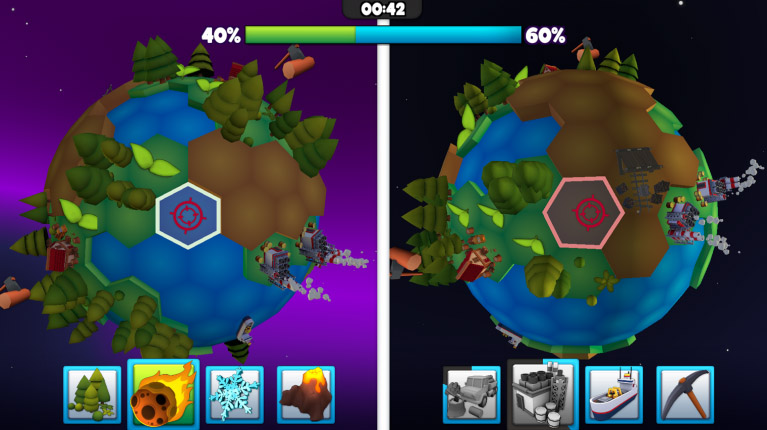 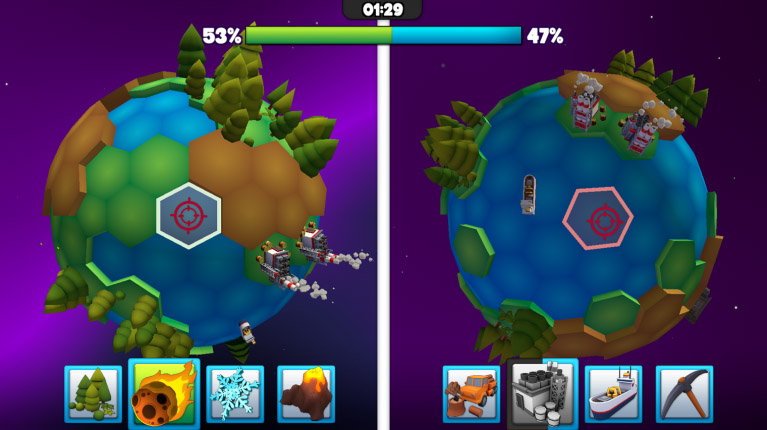 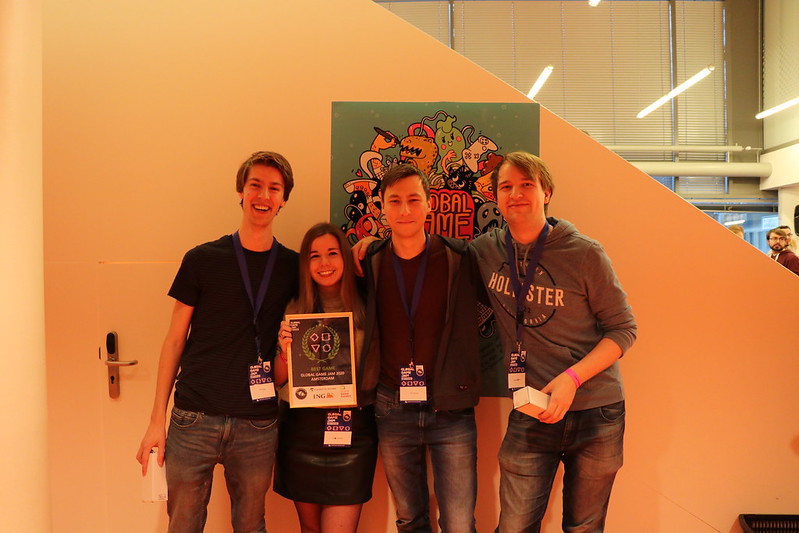 Voted as the best game of the Global Game Jam in Amsterdam in 2020!

In this game, players each try to repair the world in their own way; either through placing beautiful trees, or creating a thriving industry with factories. By using any means nessecary, they'll try to stop their opponent from ruining that beautiful world they so desire! Drop down meteors, freeze oil tankers in their tracks, or turn those awful trees into paper. After one round, the roles and ideals are reversed! The game is played by two players, with the game consisting of two rounds.

The game can be played with controllers (such as Xbox or PlayStation controllers), one person can also take control using the mouse and the WASD keys.